“I wear a thousand masks – and all of them are me.”

Finding Light in the Darkness

Anastasia Rosen-Jones (formerly Marcia E. Rosen) is a retired psychotherapist with more than thirty-five years in the mental health field. Now a community development and violence prevention coach, consultant and trainer, she is the author of five books in progress, including "The Middle East Crisis In My Backyard" and numerous articles.

Anastasia makes her home in the mountains above Harpers Ferry where she is happily nested with the birds, the trees and the squirrels. She is at her most fulfilled watching the sunset from the deck of her home -- and/or -- sitting around a campfire in the woods telling and listening to stories.

I do my best to not minimize how inordinately difficult has been my recovery from a term of extended blindness; five years legally blind plus three more years recovering from the PTSD that, of course, accompanied the ordeal.


Additionally, I do not  minimize how blessed I was to have my/our Beloved community development mentor, Murat Yagan, also, as my spiritual guide through this time of great challenge.
Would I have/could I have, on my own, summoned enough faith to carry me through?

How can I know? Fortunately, that was not the way things turned out.

With Murat and the Kebzeh community that has grown up around him, primarily in British Columbia, I did make it through that time of trial and tribulation. With these resources, as vision, strength and love to draw upon, even in the darkest of my times, I was able to envision, in my mind’s eye, that certain of those things in which I believed, before my vision loss, might still exist somewhere off in the future, even a time to come in which I could actively participate.

Now that day seems to have arrived. Or, at least I think it has. 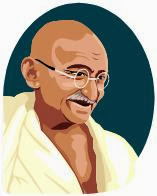 Though I tend to still be a bit shaky and unnerved these days (Wouldn’t you be, if you were me?), my life has changed, immensely. First and foremost, with my eyesight restored and, now, able to, once again, write and actively work with the non-profit organization, New Horizons, I founded and head, I am, at last, able to do my part to help that which, for a time, was alive only in my dreams.


But it is not only my life that has changed. I believe, the tenor of the American people has changed.  I think, as a nation, we are growing up some.
Here are a few examples from my experience.


When I was blind I would, occasionally, contemplate a quote by Margaret Mead –
“Never doubt that a small group of thoughful, committed citizens can change the world. Indeed that is the only thing that ever has.”
On a personal level, I held onto these words with hopes for a sighted life when I would see the truth of these words actualized in every corner of the U.S.A. Particularly, as I heard and felt the aftermath of “911.”

However, on more of a societal level, I have been noticing of late that even the internet, now that I can see it and better adjust to it,  is fostering the kind of dialogue that can empower both large and small groups of "thoughtful, committed citizens" bring about the changes for which we all yearn; peace, cooperation and unity.

Another quote I hoped to help manifest was that of Mahatma Gandhi –
"We do best to begin by carving out territories or zones of peace in our personal relations where violence and deceit won't be used."


In this area, too, I am noticing what seems to be a maturing society.

Everywhere, or so it seems, small groups are, also, emerging, bringing dedicated individuals together, face-to-face, to support personal and collective transformation. Our own New Horizons community building days are an example of this.

With me, once again, as an active part of mainstream life, New Horizons, now, has its Small “Zones of Peace” Project, as one of its two main initiatives. With this initiative, lots of dedication and hard labor work from volunteers, especially my devoted collaborator, Sue deVeer, last Saturday New Horizons opened its doors to the public, holding the second of an intended monthly community building event.
Wow! I could barely believe the beauty of it;  the possible had come.


Still, HUGE as it was for Sue and I, it was a small beginning for those who have not known much of New Horizons to date.
But, guess what came of that for me? I was uplifted by our day’s events; complications and all.  Oh, my! Oh, my!


With the beautiful words and teachings of Murat’s new book, as a text, to help elucidate my dearest hopes and dreams and to help, through his words, to be a guide, conveying the genuine possibilities, within reach, of personal and community collaboration, I could SEE “awe” already in motion.
The small “zone of peace” I was dreaming of was coming to be. And, small, though elegant, that we were, we were, metaphorically, planting seeds of change, being a part of that Possible Society In Motion, right in my own backyard.